Blog - Latest News
You are here: Home1 / Exotic Photography Expeditions2 / The Adventure of a Lifetime: 16 Days with the Famed Eagle Hunters of M...

The following is a featured article on the website JustLuxe. Read the full article here: http://www.justluxe.com/lifestyle/leisure/feature-1968645.php

The Adventure of a Lifetime: 16 Days with the Famed Eagle Hunters of Mongolia 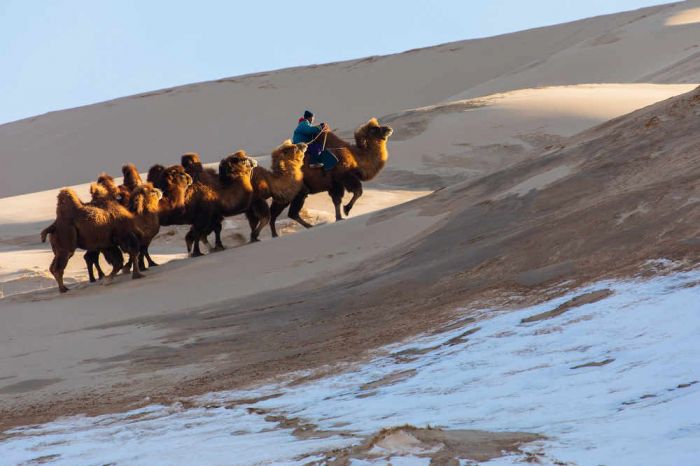 Imagine going on an adventure that includes riding horses across the very same land that Chinggis and Khubilai Khaan trekked, being part of a camel caravan across the Gobi Desert, sleeping in traditional Mongolian tents, and finally, joining the famous Golden Eagle Festival held in the far-western province of Bayan Olgii. Well, welcome to Wild Focus Expeditions’ 16-day journey through Mongolia where you will do all of that and so much more. 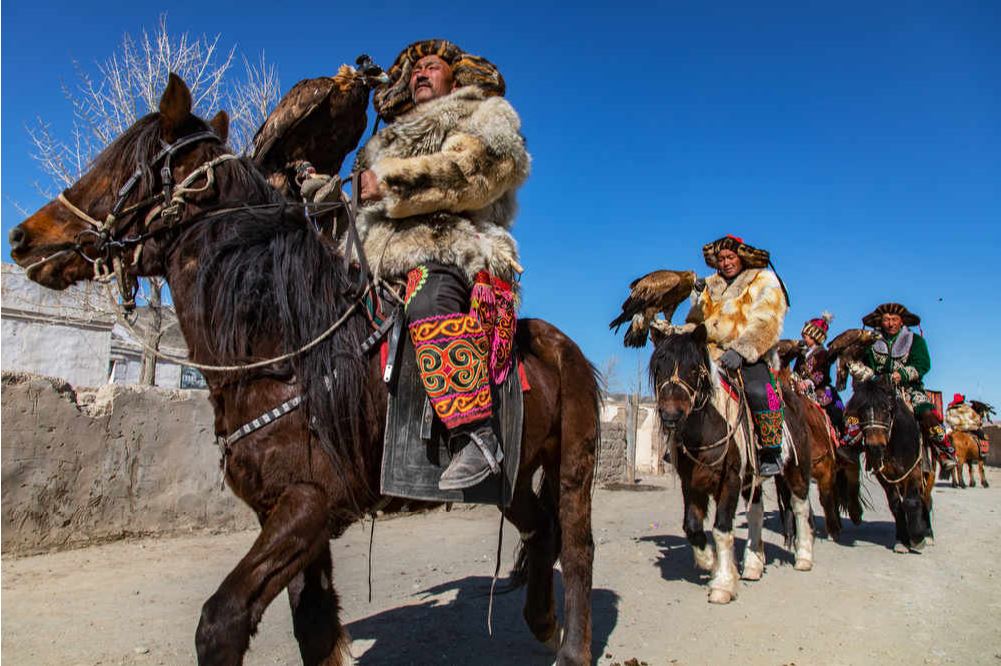 Experiencing countries and cultures vastly different from your own can be intimidating, not to mention complicated to orchestrate, which is why choosing a reputable tour company to travel with is a no-brainer. Award-winning wildlife photography tour company Wild Focus Expeditions (WFE) specializes in small group travel and promises that through their packages, you will “travel different” than you are used to. The company connects photographers and adventure-seekers with intimate, unique moments in nature to make rare photo moments possible Enter their Eagle Hunters tour happening from September 30 to October 10, 2020. 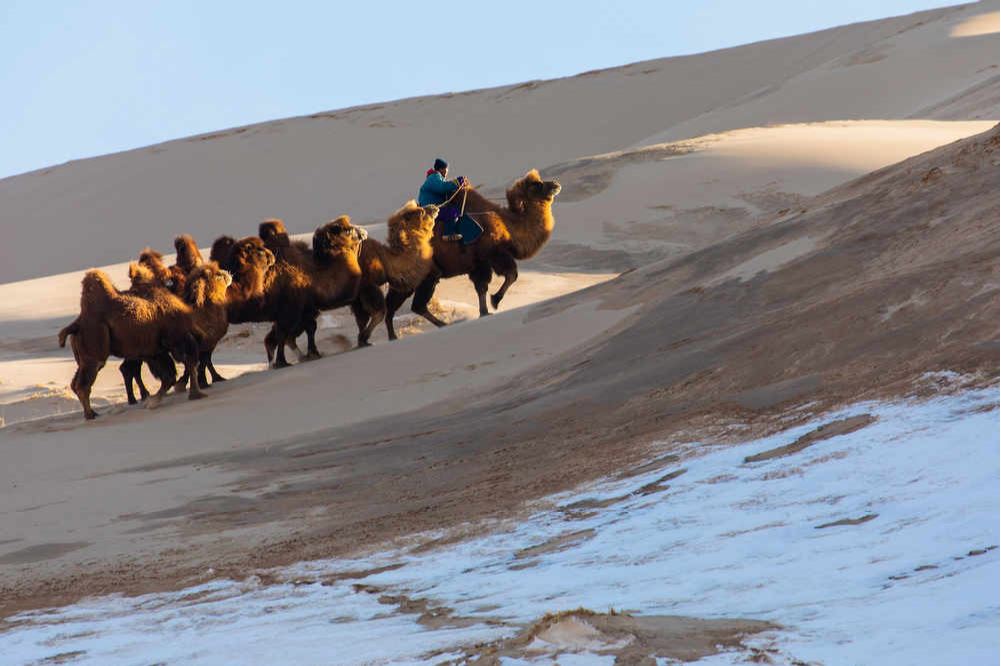 Mongolia’s history is incredibly rich and varied, and WFE’s itinerary is specially designed to show you everything there is to see. With 90% of landlocked Mongolia covered by deserts or pastures with extreme climatic conditions (desert area is the largest temperate grassland habitat), this country is home to a variety of animals, including gray wolves and Siberian ibex, as well as endangered species like the wild Bactrian camel, the snow leopard , and the Gobi bear. Oh yeah, and Mongolian horses and camels which were, and still are, at the very center of nomadic existence and are instrumental in the history of the country and its people. These are the descendants of the very same horses that carried the armies of Chinggis Khaan so they could conquer half of the known world in the 13th century. It is thanks to the horses that Mongols are still able to trek move through Inner Asia in nearly the same way their ancestors did. And these camels made it possible for trade routes between Asia and Europe, making it possible for the great Tea Road to flourish for over 200 years. In fact, up until the mid-20th century, camels were still used to transport goods throughout the whole of Inner Asia. 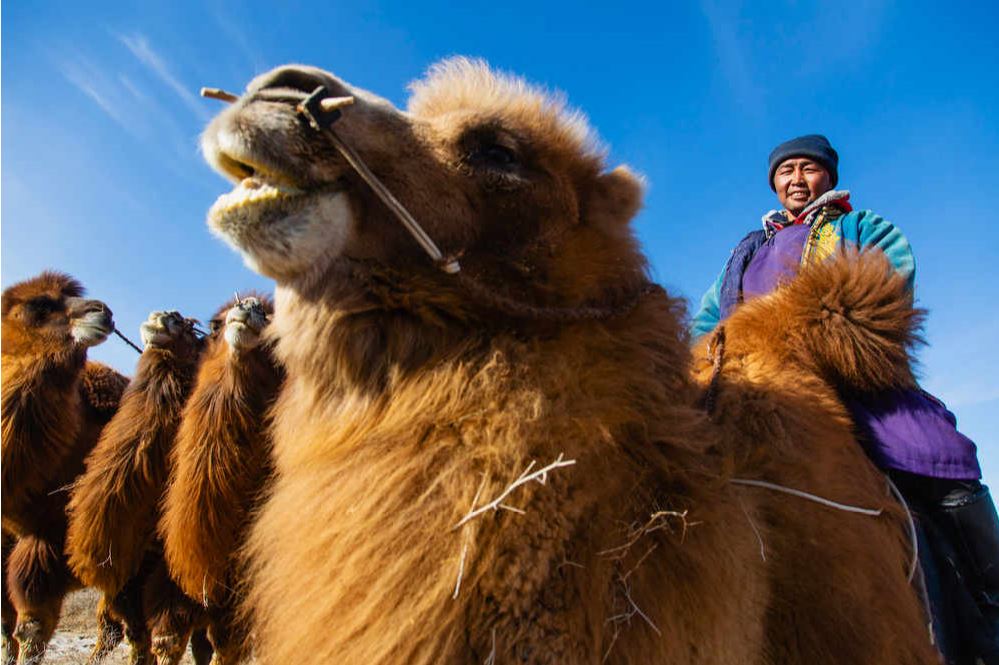 This small, 10-person tour will take you on camel caravan through the infamous Gobi Desert and bring you together with the descendants of Chinggis and Khubilai Khaan while on horseback. You also get to join the Golden Eagle Festival, which is unlike any other festival you have ever attended. We promise. Found in the beautiful Altai Mountains, the yearly festival begins at the beginning of winter hunting season. Kazakh eagle hunters from all over the region head to the festival with their prized Golden Eagles, known as Berkut. While dressed in full eagle regalia and mounted proudly on their decorated horses, the hunters compete to show off their trained eagles to hopefully win the honor of being the best eagle hunter.

Over a thousand years old, eagle hunting has a storied history in Central Asia and unlike other cultural practices that have fallen victim to the modern world, the Kazakhs have kept eagle hunting as a vital part of their culture and traditions. The Golden Eagle Festival not only tests the bird’s courage and the hunter’s skill, but also the uniquely special bond between the hunter and the eagle. Being able to witness and be part of this festival is truly remarkable.

Wild Focus Expeditions is based out of Santa Fe, New Mexico but we’re happy to go on expeditions with those of you all over the world. Here are some of our more famous expedition destinations: Greenland, Indonesia, Japan, Svalbard, Namibia, Botswana and Victoria Falls, Zimbabwe, Pantanal, India, Kenya, Uganda, and the Galapagos

Want to join the discussion?
Feel free to contribute!